The original inhabitants of North Africa were berber nomads called Bafour. Around the seventh century A.D., Muslim Arabs began their invasion of North Africa coming from the East. Many of these nomads were converted to Islam during this Arab expedition to the Magreb. 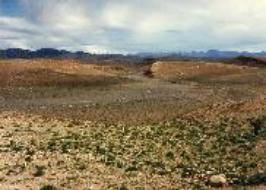 In that period, two known tribes were living in what is the actual Western Sahara: The Zenata and The Sanhaja. These tribes rejected the Arab invasion; nevertheless, they embraced the moral, religious and cultural precepts of Islam. It is in Islam where the fundaments of the Saharawi identity reside. Under Islam’s influence the first unified movement of the population was created. Later, it led to the creation of the Almoravids dinasty.

At the end of the thirteenth century, another invasion, this one of Arab Yemenite people known as Maqil, would give the population of Western Sahara its definitive political and cultural structure. The fusion of the Maqil and The Sanhaja gave rise to a new ethnic group: The Moors.