Dan Clemens
Dan has done a lot of adventure traveling over the years. As a youngster he spent a lot of time camping around Minnesota, Wisconsin, Iowa and Canada. Before Dan developed a serious allergy to snow, 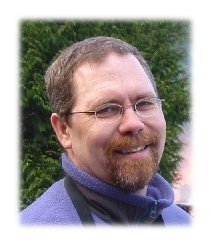 he spent many days and nights cross country skiing and camping in the Minnesota winters – sometimes at more than 25 below zero.

He developed a love of traveling early on and has been to over 50 countries and conducted business in most of Western Europe, Canada, Mexico, Japan, Taiwan, Hong Kong, Korea, Columbia, Venezuela, Costa Rica, Honduras and of course the US.

He developed a love of rivers at an early age as well with frequent canoeing trips down the Root and Zumbro Rivers in Minnesota. Dan switched to kayaks and rafts in the early 80’s and became an accomplished river guide with 200+ commercial trips thru class 5 rivers and countless other trips in Washington, Oregon, Idaho, California, Utah, Colorado and British Columbia Canada. In the late 80’s Dan partnered with one of his rafting buddies, Wayde Ferguson, and purchased an expedition company in Idaho to run the Main Salmon River – Eclipse Expeditions ran 5 and 6 day trips down the ‘River of No Return’ during the summers and did their best to convince others to go with them down to Costa Rica, Honduras, and Belize in the winters. 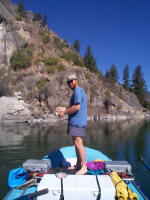 the house apart (much to the dismay of Mom) and usually put it back together. Sometimes there were a few parts left over but the thing usually worked just fine when he was done. He quickly moved on to riding mini-bikes, motorcycles, go carts, and when he could drive, to cars, dune buggies and other things with wheels and engines. He is an accomplished mechanic and all around “bodger” (as the Brits are fond of saying – in the US it might be referred to as “kludging”).

Dan’s been an entrepreneur since an early age – at about 12 years old after saving money earned working on a farm, he managed to purchase a welder from the local Farm and Home store to start a little welding business only to find out that spending $88.12 on the welder didn’t necessarily mean it would just “plug in” at home. After Dad bribed an electrician buddy (a bottle of Scotch) to wire the welder up, he was in business. Since that time, Dan has always had some business venture to keep him busy.

His last venture was MicroCrafts which was a software consulting firm with over 100 employees – it was sold to Metamor Worldwide with the sale completing in 2000.

He is currently on the board of directors of several high tech firms, a couple non-profits, and he retains positions in several privately held companies in Seattle, California and England.

John is no slacker when it comes to traveling – his preferred mode of transport is the motorcycle. Be it an off-road bike, a big touring cruiser, or a lean mean crotch rocket, John loves them all. He’s spent 10+ years racing everything from older twin bikes to road racers and lately some kind of hybrid dirt/street bikes.

He’s a very accomplished mechanic having built and/or worked on almost all of his racing bikes. He knows his way around a car too – although he has been taking his time with a little Porsche restoration in his garage (it’s been 3 years now with the only thing being restored is the dust after it gets wiped off the body??).

John earns his money as an independent service technician for graphic arts/typesetting equipment. He’s had his own business for nearly 20 years and has survived all the shakeouts in the industry because he’s good at what he does and offers customers a great service at a reasonable price.

on authentic French antique furniture. The fellow he worked for would go to France and buy up container loads of furniture in various states of repair, ship them back to Portland and John would put the puzzle back together and make them beautiful again.