In October John and I traveled to England to ready the ICV for the journey – or at least start on getting it ready.

After the demolition, we had to set about getting the van into running condition. First on the list was to have a look at the brakes – 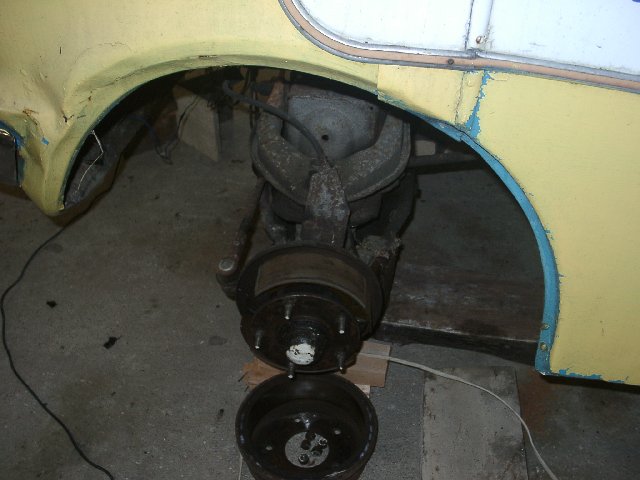 Here you see the front passenger brakes – oddly, the front brakes were in decent shape but the rears were fully “knackered” as the Brits say. 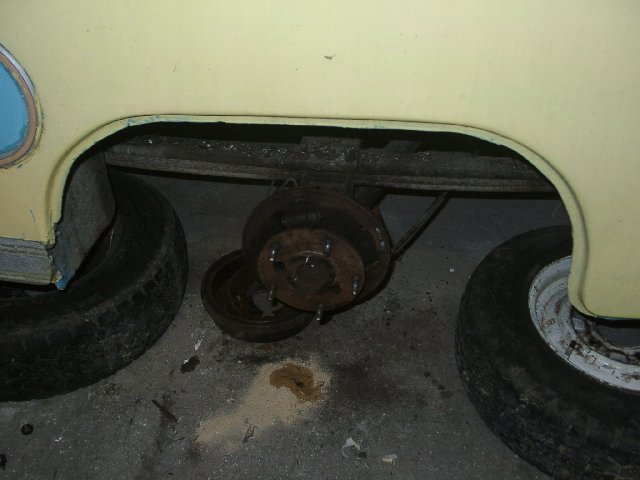 Here is a shot of the rear brake – they were completely rusted up and we had a helluva time finding parts. In fact, we couldn’t find any parts at all for the brakes – we ended up going from store to store and looking for “ANY” parts – finally we ended up at Yeoville Motor Factors and they had some rebuild kits!! 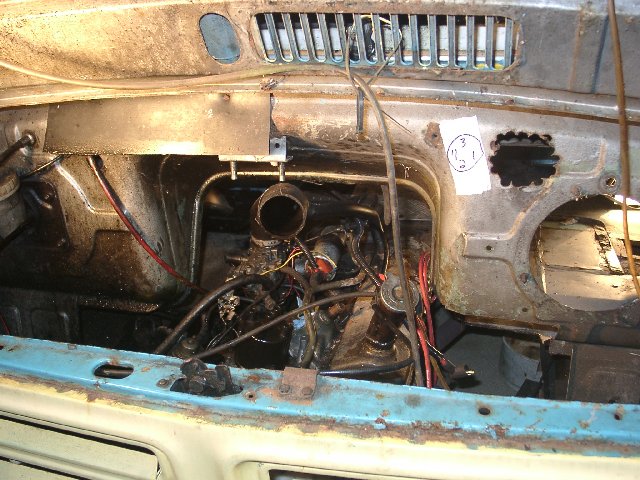 The engine compartment BEFORE teardown – note the carefully made hole in the firewall – the van had heater hoses running thru this thing and they leaked because of the rough edges of metal. 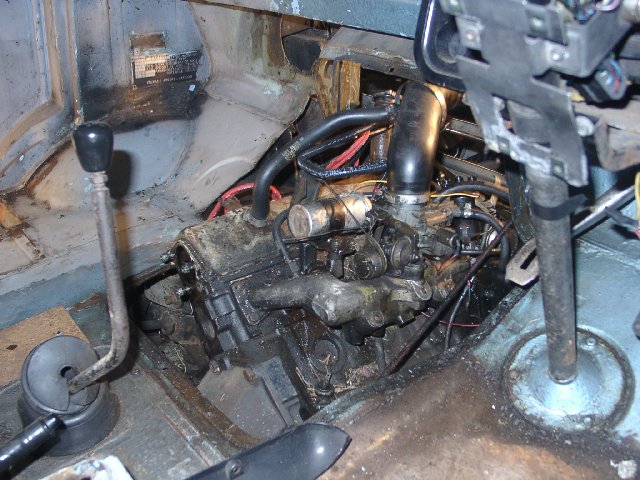 One more shot of the engine prior to teardown – this from the inside of the van. 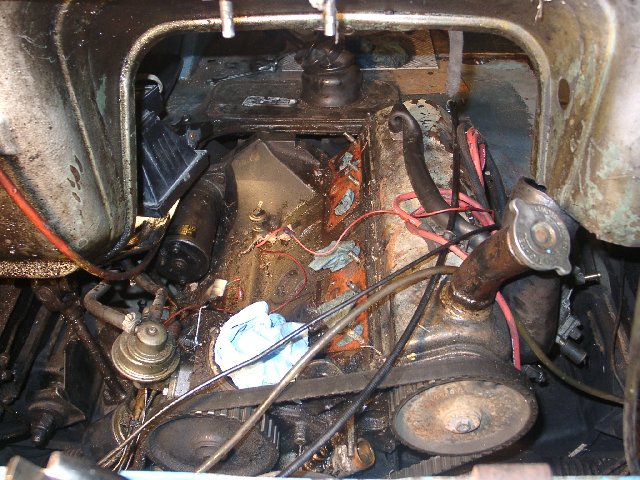 A shot of the engine ripped down to the block – we started out just trying to put a water temperature sensor into the intake manifold – but as we started taking things apart we continued to find more problems – bad wiring at the distributor, oil leaks everywhere, bad belts, cracked fuel lines, and so forth. So, we kept tearing it down till it was just the block and a few bits hanging off it. 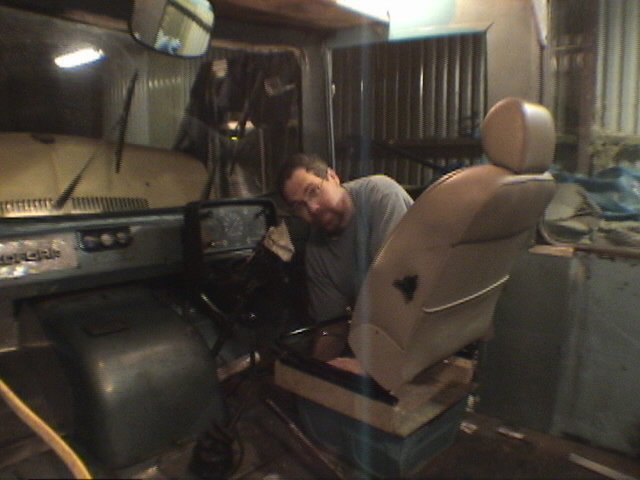 Dan mounting the drivers seat – it was taken from the “donor” vehicle – the Jaguar. 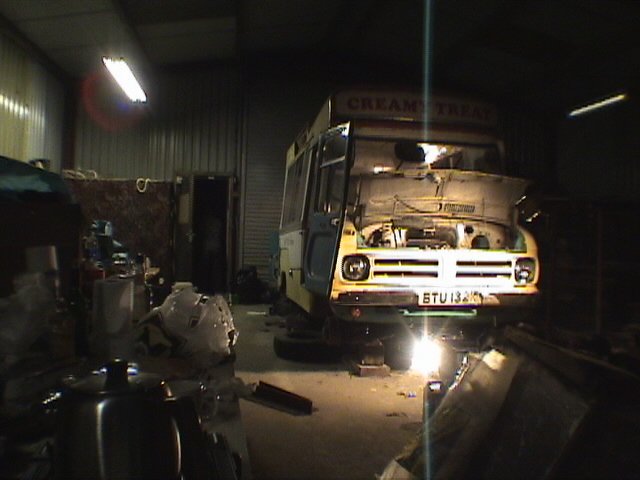 Another late night working on the van – 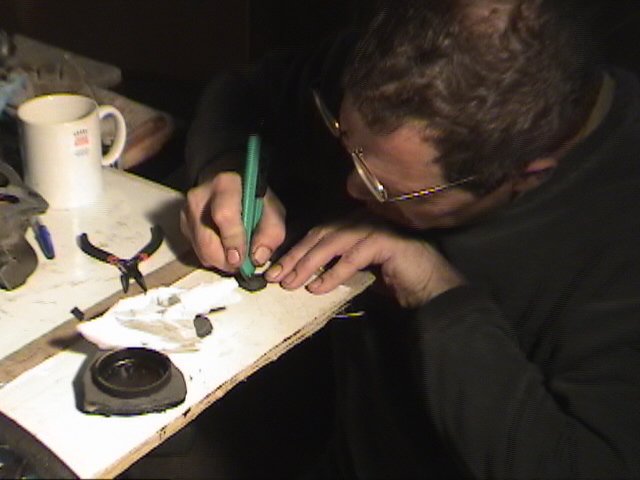 We had to make all the gaskets for the engine – John had brought some gasket paper and Dan spent several hours (and a copious amount of Scotch – that’s what is in the cup!) – making the gaskets. 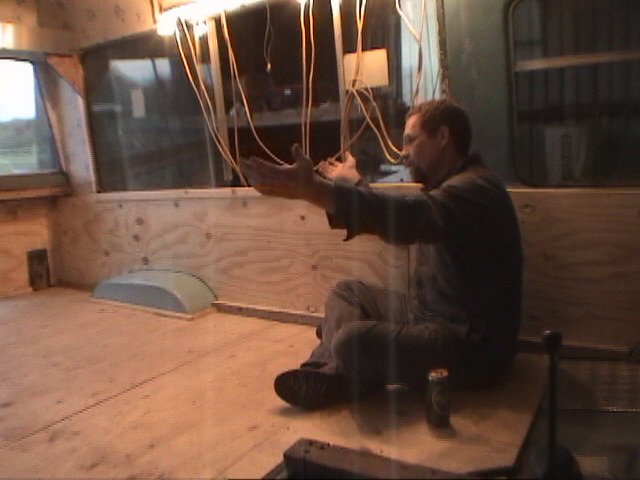 The rear of the van finally fitted out with plywood floor and sides. The body of the van was so beat up and corroded out that the plywood is actually the main element that holds the body together and on the chassis. 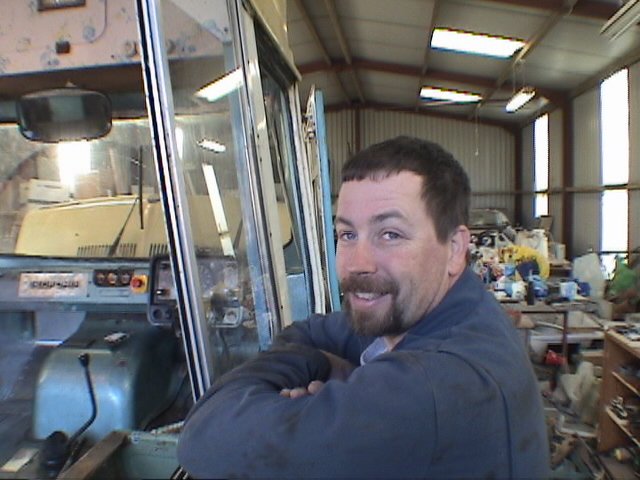 John looking happy – this must have been early on because he is still smiling! 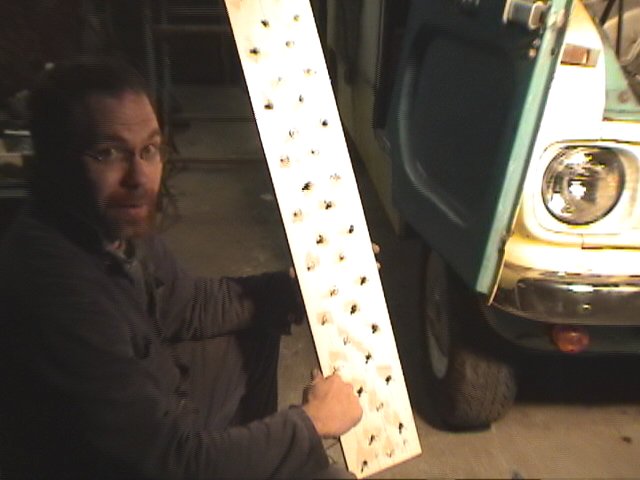 The lights behind the creamy treat signs on the van were not working and completely rusted/corroded out. Dan figured out that by using certain Christmas tree lights with the right voltage, we could build a new light bar pretty cheap – so, he cut a piece of wood that fit inside the light, drilled 40 holes in it, stuffed 40 individual Christmas lights into the back and soldered it all together – then tapped it up with electrical tape. Here you can see the fabrication and then the testing of the light bar – and finally the finished sign lit up! 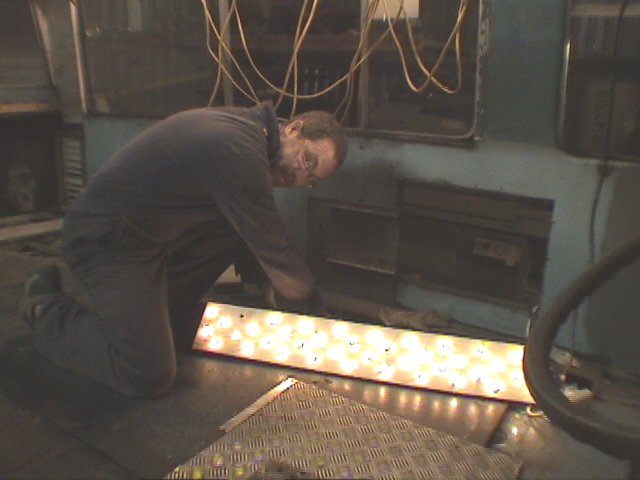 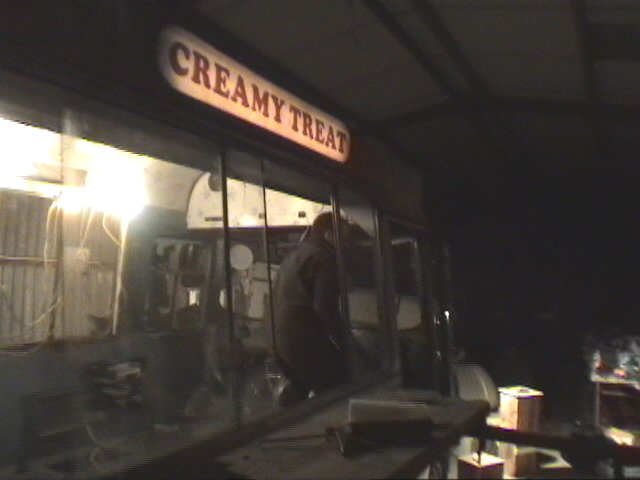 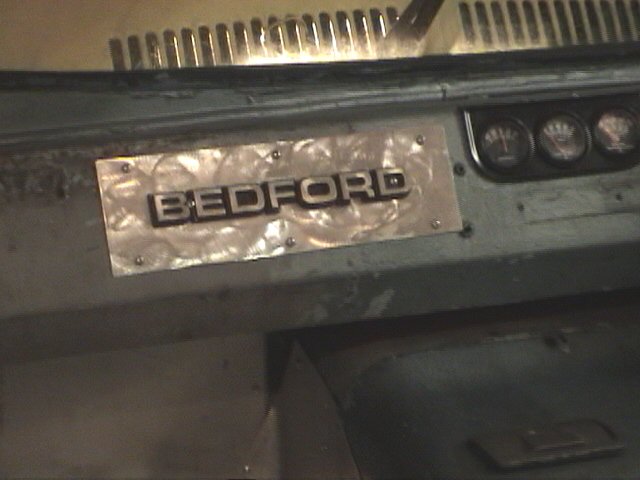 John overdid himself on covering up a hole in the dash – he made a custom polished metal plate with a “Bedford” badge that we nicked from a breaker yard.